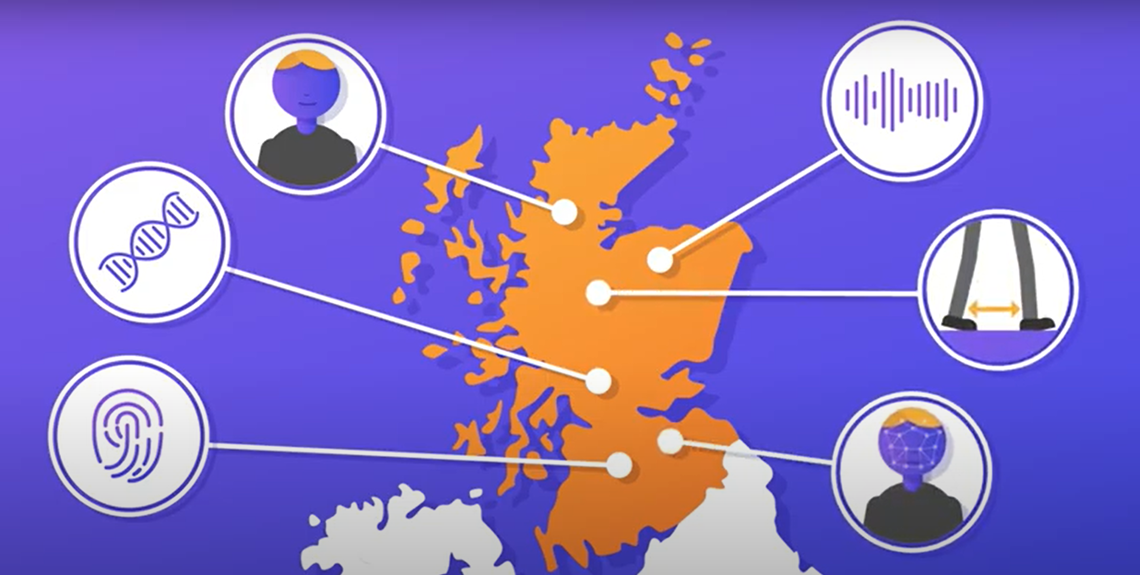 Welcome to the sixth quarterly newsletter from the Scottish Biometrics Commissioner.

To learn more about who we are and what we do please visit our website https://biometricscommissioner.scot

The Scottish Biometrics Commissioner Facebook page is now up and running with our latest news and links to articles written by the team.

In our last post we shared a blog written by our Operations Manager for Scotland’s AI Strategy website. In the blog Diego discusses our Code of Practice and explains our definition of biometrics.

Find us on Facebook  by searching ‘Scottish Biometrics Commissioner’

View our new animation What is Biometrics

Following last quarters newsletter where I introduced my Operations Managers, in this newsletter I would like to introduce you to our Corporate Services Manager – Cheryl Glen.

As the Corporate Services Manager, Cheryl has responsibility for all corporate services and business support functions within the office of the Scottish Biometrics Commissioner.  This includes delivering corporate activities in support of the 4-year Strategic Plan; developing and establishing corporate policies, practices and procedures for the office; ensuring effective management of the organisation and efficient use of its resources in pursuit of its Strategic and Operational aims, and for financial management including accounting, budget and contracts.

As a highly skilled professional, Cheryl brings with her numerous years of partnership working either as an analyst or within a management position across a variety of settings including government, police forces, local authorities and national bodies

Following on from this evidence session the Criminal Justice Committee responded, confirming they were satisfied for the draft Code of Practice to be submitted to Scottish Ministers in its current form for approval under the procedure outlined in Section 12 of the Scottish Biometrics Commissioner Act 2020.

On the 8 August I received correspondence from the Cabinet Secretary for Justice confirming Scottish Ministers have given approval for the Code of Practice along with the Scottish Statutory Instrument regulations to be laid before the Scottish Parliament in September to bring the Code into legal effect in November 2022.

Under Section 33 of the Act  I was required to set up an Advisory Group to provide advice and information. Our Advisory Group have been up and running for a year and meet every quarter. Thanks to the members for their feedback and comments on our draft Code of Practice and draft complaint procedure.  The members come from a wide variety of backgrounds from policing and justice to academic.

The members of our Advisory Group and the minutes of the meetings can be found here.

On  13 October we have been invited to speak at the Futurescot Policing and Justice conference at the University of Strathclyde Glasgow. I have been asked to talk about The Future of Justice Technology.

There are many other reference sources available to assist readers in engaging with debates on biometric data and technologies more generally. We do not endorse materials on other websites but simply signpost the following short selection as sources of additional information:

I hope that this short newsletter is of interest. You can subscribe to future newsletters and annual reports automatically by registering on our website: https://www.biometricscommissioner.scot/contact/