Biometrics in policing and criminal justice

The 3 most common biometrics used in policing and criminal justice in Scotland.

DNA is Deoxyribonucleic Acid. This is the genetic material which can be found, although not exclusively, in the nucleus (centre) of most cells in the body. It contains a person’s genetic information – it is a genetic ‘code' unique to each of us. We inherit 50% of this DNA from our mother and 50% from our father. Our DNA determines the colour of our eyes, our hair colour, and many other physical characteristics. The DNA in a person's body is the same regardless of which body fluid or cell type it comes from. It is therefore possible to create a DNA profile from samples such as blood, saliva, semen, hair roots, etc.

In forensic science, the process of analysing DNA is referred to as DNA profiling and involves targeting specific parts within the DNA known as Short Tandem Repeats (STRs). DNA profiling in Scotland looks at 24 areas of a person’s DNA – a significant step up from the 11 areas that made up previous DNA profiling technology and an advance on the 17 areas used by most other UK police forces which is the European standard.

DNA was first used in criminal investigation in the UK in the 1980s following a double rape and murder in Leicestershire. This led to the production of the first DNA profile which showed that both murders had been carried out by the same individual, who was not the prime suspect. Leicestershire Constabulary then carried out the world's first DNA intelligence-led screening. All adult males in three villages – a total of 5,000 men – were asked to volunteer and provide blood or saliva samples. A local baker, Colin Pitchfork, was arrested, and his DNA profile matched with the semen from both murders. In 1988 he was sentenced to life imprisonment for the two murders.

The DNA sections of SPA Forensic Service provide four key services to Police Scotland and other law enforcement agencies. Those are:

The system of identification using fingerprints rests upon three fundamentals – the formation, uniqueness and persistence of the highly distinctive ridge patterns found on fingers (and some other parts of the body). Fingerprints develop early in foetal life before birth. Pads (bumps) form on fingers between weeks six and thirteen. Where these pads occur, how the baby moves around inside the womb and how fast and big the baby grows all affect how the fingerprint patterns and ridges form and ensure the apparently unique properties of fingerprints are never duplicated. The details of a person's prints are considered unique to them. Identical twins do not have identical fingerprints. Therefore, fingerprints are a generally reliable means of identification at all stages of a person's life.

The impression left by the owner of the fingerprints at a crime is referred to as a ‘mark' or finger-mark. A ‘print’ is the sample taken from an individual by the police for identification purposes. This is normally a set from the five digits on each hand, referred to as ‘tenprints'. Tenprints are the rolled impressions made on a fingerprint form taken under controlled conditions, normally at a police station.

Tenprint forms are initially searched against other tenprint forms held on the national fingerprint database to establish if the individual already has a criminal record for previous offences or is new to the system. The searching of the tenprint form against other tenprint forms allows for confirmation of identity and accuracy of information supplied by the arrestee along with the accurate alignment of offences to an individual’s criminal record or the generation of a new criminal record when required. These searches are completed in real time with a result returned to the relevant custody location within two hours from time of electronic submission of a set of tenprints.

Whenever a person is detained or arrested by the police and is brought into the custody environment, a computerised record is created. Included within each record is at least one digital image/photograph of the subject. A CHS image is only created after a person has been cautioned and charged with a relevant offence. It is also at this point that other criminal justice samples such as DNA and fingerprints are taken.

The criminal history records and images of persons charged with, or convicted of, a common law crime or statutory offence in Scotland on CHS are uploaded automatically to a UK policing intelligence sharing system known as the Police National Database (PND), so that other UK forces can search the PND to help identify and prosecute criminals. In the event of acquittal, the Scottish records and images are removed from CHS and PND by Police Scotland once notified of non-conviction or absolute discharge by the Crown Office and Procurator Fiscal Service (COPFS). If a child is referred to the Children’s Hearings system, images are destroyed. 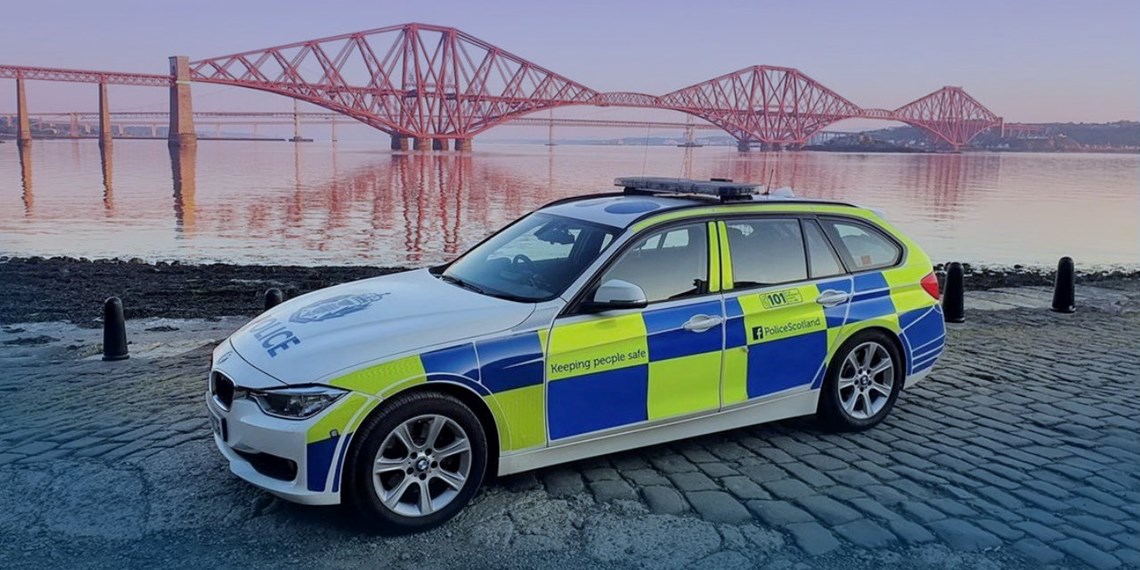 DNA profiling from samples recovered from crime scenes is undertaken by SPA Forensic Services. Such profiles are then searched against the Scottish DNA database and if a match is found a report is generated to Police Scotland for further action and investigation. If no match is found at that time, then the relevant profile is retained on the Scottish DNA Database and is also placed on NDNAD. This gives all UK police forces the ability to search against crime scene profiles nationally and is helpful when dealing with criminals who travel extensively to evade justice and commit crime in different jurisdictions.

The exception to this is profiles taken from volunteers for the purpose of intelligence led screens. These samples are only compared against the crime scene profile in question and destroyed on conclusion of the investigation or, subject to any evidential requirement, if the volunteer withdraws their consent to retention.

The SPA publishes monthly DNA Database statistics on its website, including the number of profiles held, added, or removed. This data includes information on crime scene matches and information on data held by age and gender. As at the end of March 2020 there were 360,318 criminal justice samples (not including crime scene samples) retained on the Scottish DNA Database. When broken down by gender, there were 290,443 males and 59,875 females.

Scottish fingerprints are uploaded to IDENT1 which is the UK central national database for holding, searching, and comparing biometric data on those who encounter the police as detainees after being arrested. Information held includes fingerprints, palm prints and scenes of crime marks. IDENT1 currently contains the fingerprints of more than 7 million people and makes 85,000 matches with data recovered from crime scenes each year.

When marks are submitted from a crime scene these are assessed by fingerprint examiners for suitability for further examination. The mark is then compared against specific individuals whose names have been submitted by the investigating officer/Procurator Fiscal and can be speculatively searched against the national fingerprint database to establish if the mark has been left at the crime scene by an individual already on record with previous convictions.

The SPA does not publish fingerprint data on its website due to the Scottish information being hosted directly on the UK Home Office System. However, in August 2017 it is known that the SPA and Police Scotland held fingerprint records for 432,888 people. This number reflects current long-term retention policies and includes records for non-residents and was based on data provided by the Home Office from IDENT1.

Police Scotland maintains a Criminal History System (CHS), where all records and images of charged and convicted persons are stored. The criminal history images within these records are derived from photographic images relating to a custody episode when an arrested person is brought into police custody.

Unlike DNA and fingerprints, the physical appearance of a person will change over time, through ageing, injury or otherwise, and indeed is sometimes changed intentionally to evade identification and detection. Therefore, the police will often hold multiple images of offenders who have multiple criminal convictions.

Police custody images in Scotland are only uploaded to CHS and PND if the subject has been charged with a crime or offence. This differs from the position in England and Wales where most forces upload all custody images directly to PND due to the absence of images on the Police National Computer (PNC) (the PNC holds a reference to the image held locally within each force) or any statutory controls or guidance to the contrary.

At the time of the publication of the report by the Independent Advisory Group on Biometric Data in Scotland in March 2018, Police Scotland held 633,747 photographs within CHS. These 633,747 images related to 362,348 different individuals. More broadly, the UK Police National Database (PND) contains over 19 million custody images, and 16 million of these have been enrolled in the facial recognition gallery making them searchable using facial recognition software.

For further information on how Police Scotland use the Facial Search functionality within the Police National Database (PND), please see the following audit and assurance review published by Her Majesty’s Inspectorate of Constabulary in Scotland (HMICS): https://www.hmics.scot/publications/audit-and-assurance-review-use-facial-search-functionality-within-uk-police-national